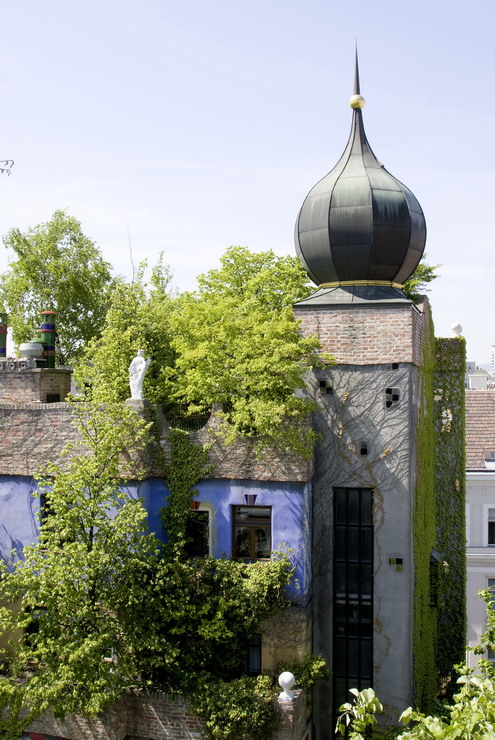 The onion towers of the house are well adapted to the neighbourhood. On the neighbouring buildings there are already five characteristic towers.

Rich and powerful and tasteful people always had towers.

But for a modern average person to have towers, even golden ones, that is new.

Architecture should elevate man, not humiliate, oppress and enslave him. A golden onion tower on your own house elevates the resident to the status of a king. The grey mass misery is over. The Golden Age has dawned.

From the time the Turks laid siege to Vienna, the realm of onion towers stretched from Bavaria to Russia, Byzantium, as far as India.

Not among them are the Romance, Scandinavian, anglophone countries and America, as well as Japan, China, Africa and Oceania.

Vienna belongs to the great realm of the onion towers. The gold content of the golden onion towers is equivalent to one gold coin.

Category(s): Hundertwasser on the House
The Skyline
The Uneven Floor