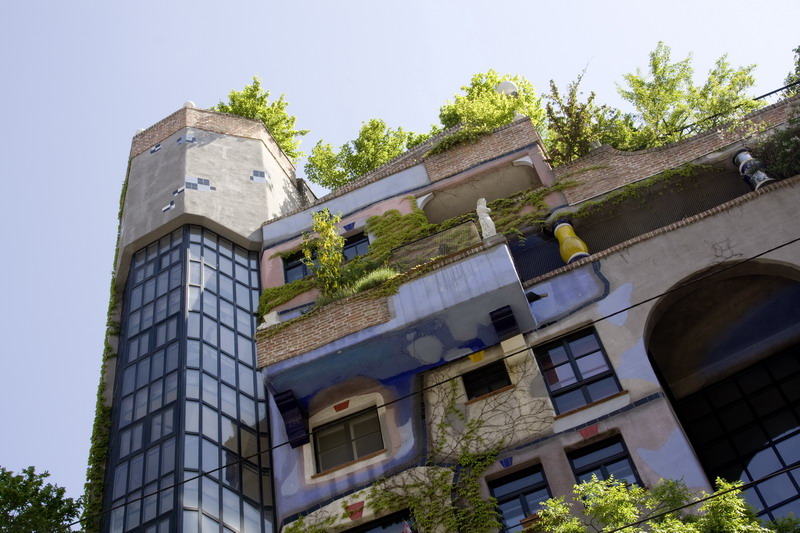 The barriers of beauty and the “non-regulated irregularities” and the spontaneous vegetation should be tolerated.

If, for example, vertical rain marks or rust streaks or dirt marks enliven the façade or spots form on the wall, this should be considered a beautiful and welcome addition.

A lot of homeless people slept in the house, and anonymous “artists” scribbled and smeared the walls. Vestiges of these unauthorised activities should be permitted to leave their traces behind in the house, too, just like the swallows’ and birds’ nests somewhere in the house and grass and trees growing somewhere that wasn’t planned or “authorised”.

Monogrammes and handprints of the bricklayers in the wet plaster finishing should be left there, also, just like the additional decorations somebody made somewhere else in the house.

The tolerance of the “non-regulated irregularities” is an important aspect of window right.

Sterile cleanliness, regulated egalitarianism, enforced conformity and monocultures in all their variations are not only death to all kinds of life, but also a symptom of the decline of our civilisation.

Category(s): Hundertwasser on the House
The Windows
The Facade