The Austrian artist Friedensreich Hundertwasser started out as a painter. Since the early 1950s, however, he increasingly became focused on architecture, writing manifestos and essays and undertaking demonstrations, in which for instance in 1958, he read out loud his ‘Mouldiness Manifesto.’

In 1972, he had his first architectural models made for the Eurovision ‘Wünsch dir was’ show, which he used to visualize his ideas on forested roofs, tree tenants and window rights. In these models he developed new architectural shapes, such as the eye-slit house, the terrace house and the high-rise meadow house. 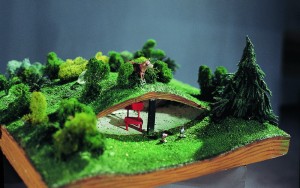 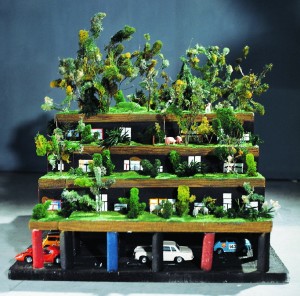 In lectures at academies and before architectural associations, Hundertwasser elucidated his concerns regarding an architecture in harmony with nature and man.

Category(s): Creation of the House
The Brick Construction
The House Should Not Be Measured by Normal Standards